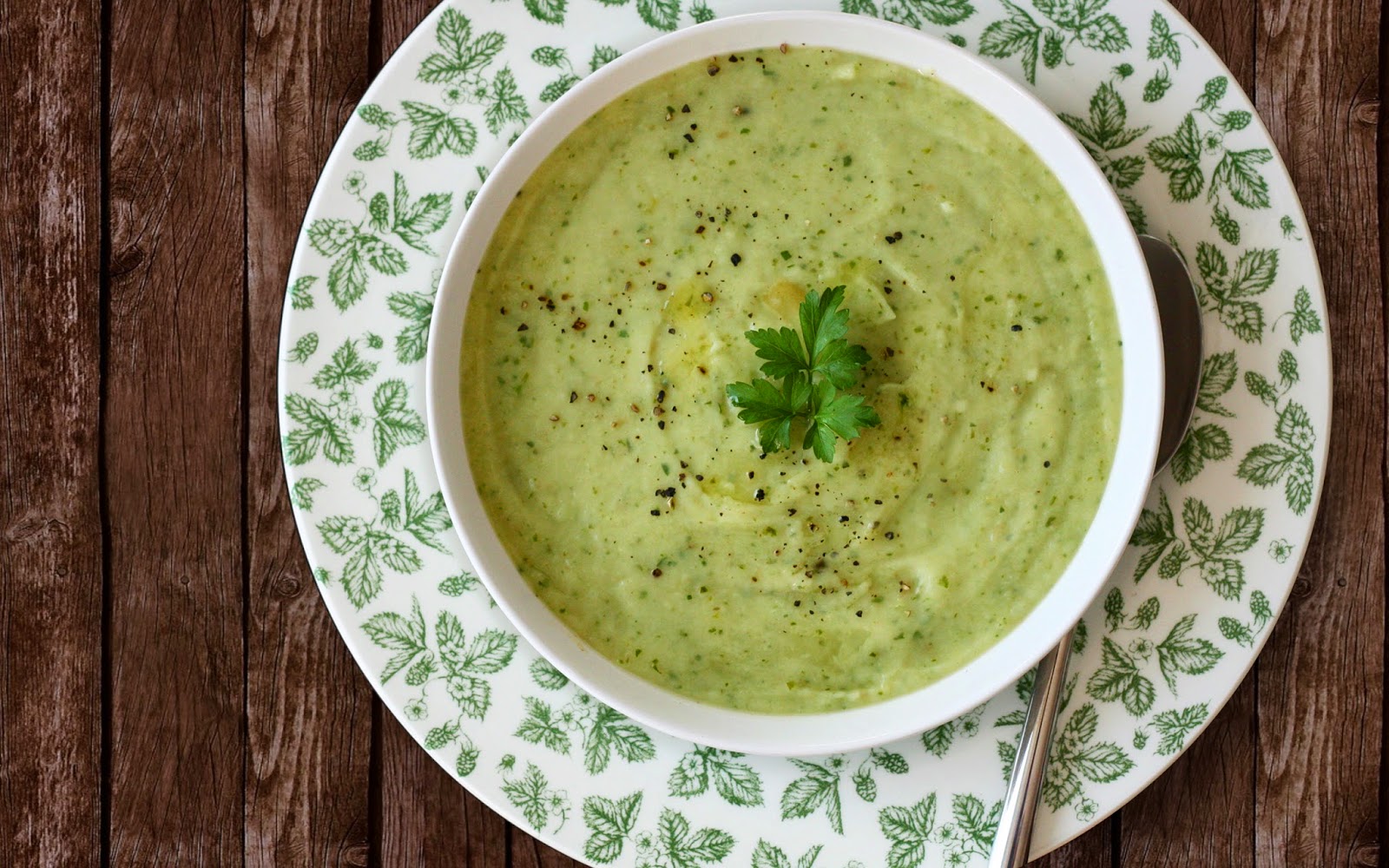 When it is cold out, nothing is more appealing than a steaming bowl of soup served alongside a chunk of country bread or some crackers. Of the winter soups, leek and potato is a timeless classic; but why not consider jazzing things up a bit this winter?

Made from seasonal parsnips and leeks, this simple, creamy, yet cream-free soup packs a punch of nutrients and flavor. Parsnips impart a natural sweetness; leeks the aroma of onion and spring onion. The soup is then lifted by a squeeze of lemon and a generous addition of fresh parsley that would not only deliver a nice, herbaceous contrast but also give a vibrant green hue.

Throw in a potato or two to thicken the soup as desired. For some extra sweetness, I used the boiling water left over from cooking the parsnips and swede in Swede and Parsnip Bake with Buttery Crumbs as the stock - because it would be a shame to pour it down the drain! Last but not least, I threw in some turkey bones to enrich the stock for good measure. Comforting served hot on a cold day, this soup is also deliciously refreshing served cold on a steamy summer day! 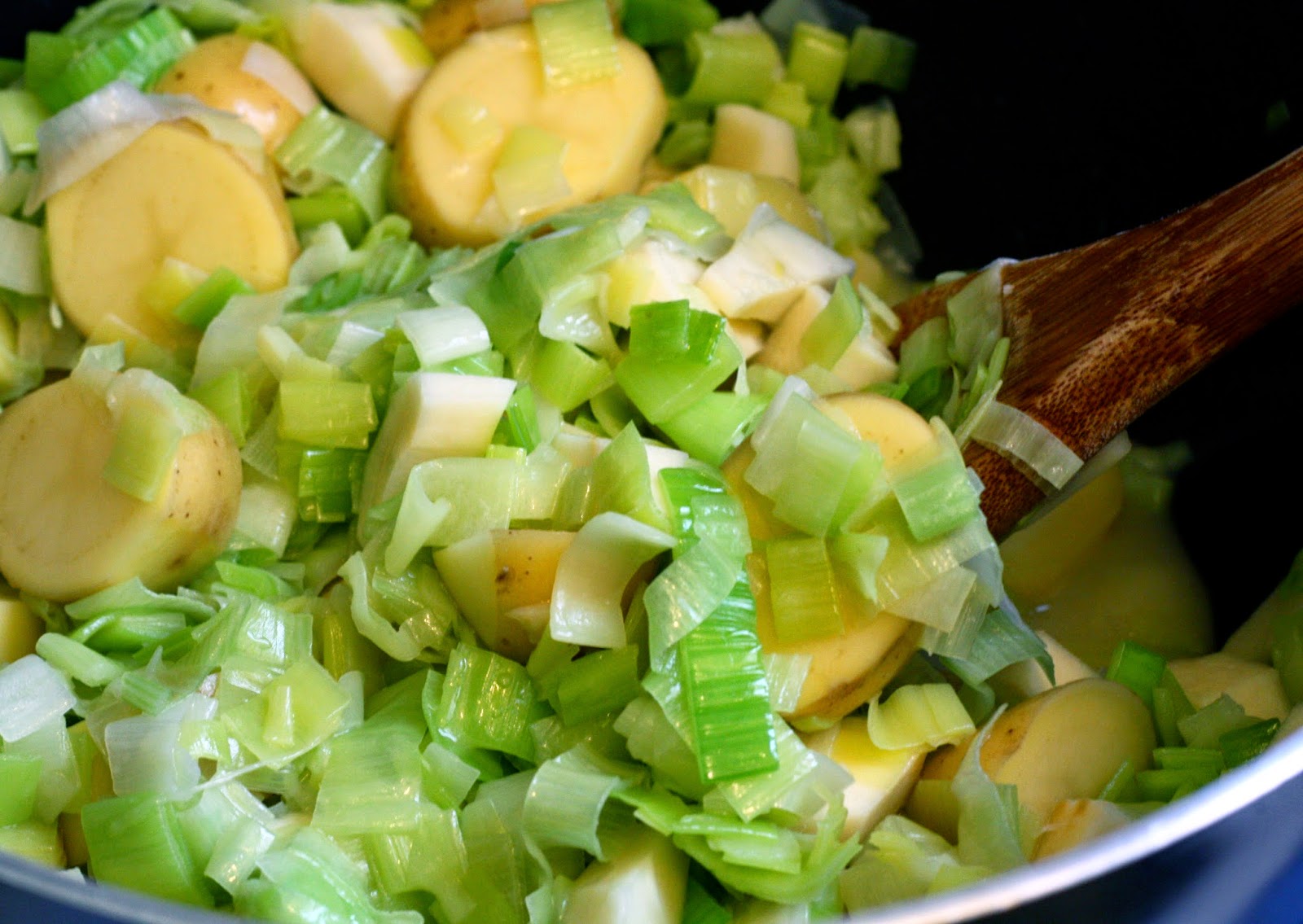 1. Heat butter in a large pot. Add chopped leeks and toss to coat with butter. When leeks begin to sizzle, lower the heat and cook until soft but do not let the leeks brown. 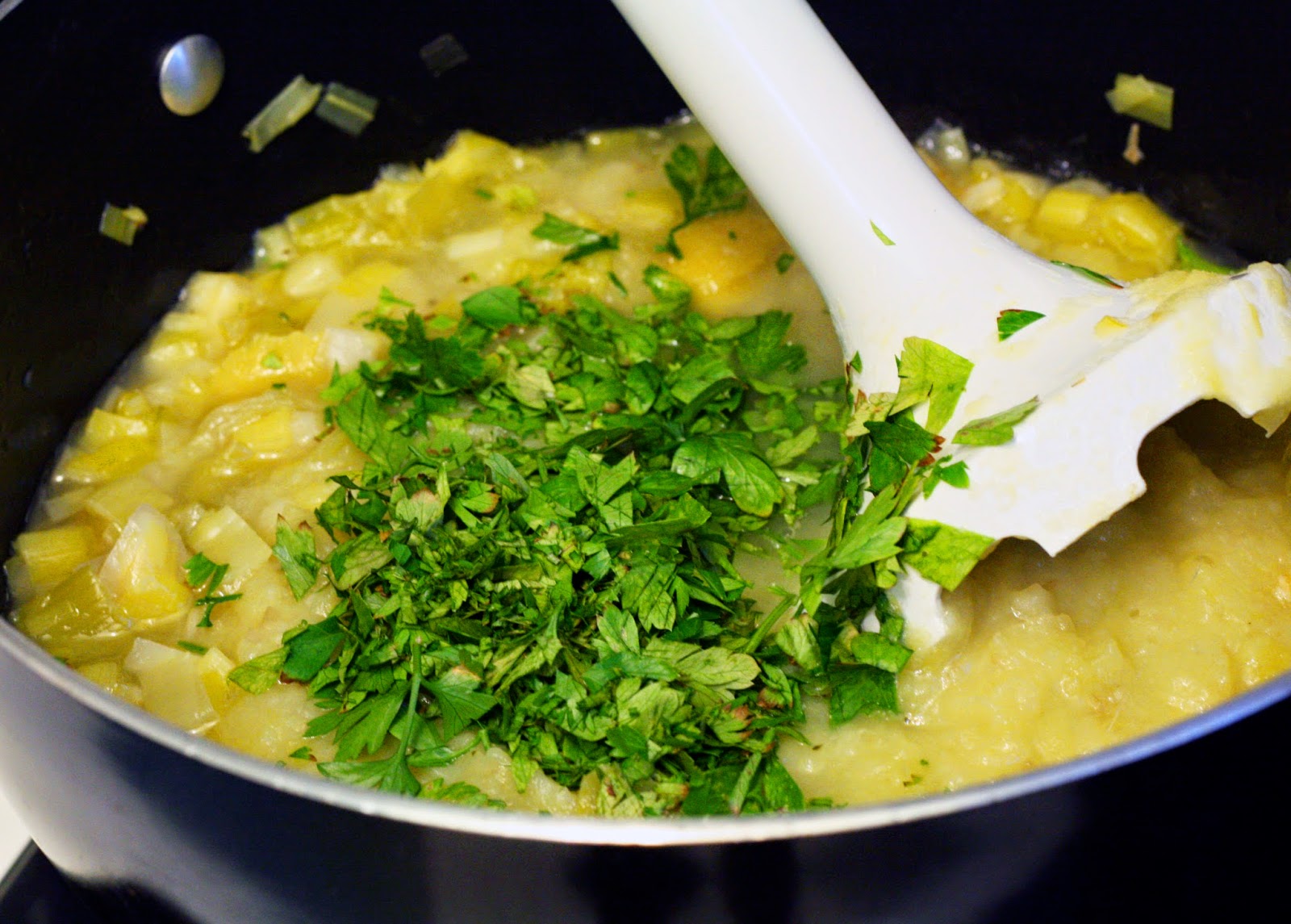 3. Tip in the parsley. Purée the soup until smooth, either by using an immersion blender or by working in batches with a blender once the soup is slightly cooled.

4. Stir in lemon juice and season to taste. Garnish with a drizzle of olive oil and a sprig of parsley and serve. Enjoy and stay warm!

Adapted from Elise's recipe on Simply Recipes
[Any thoughts or comments? I want to hear from you! Also check out my Facebook Fan Page]
at 6:45 PM