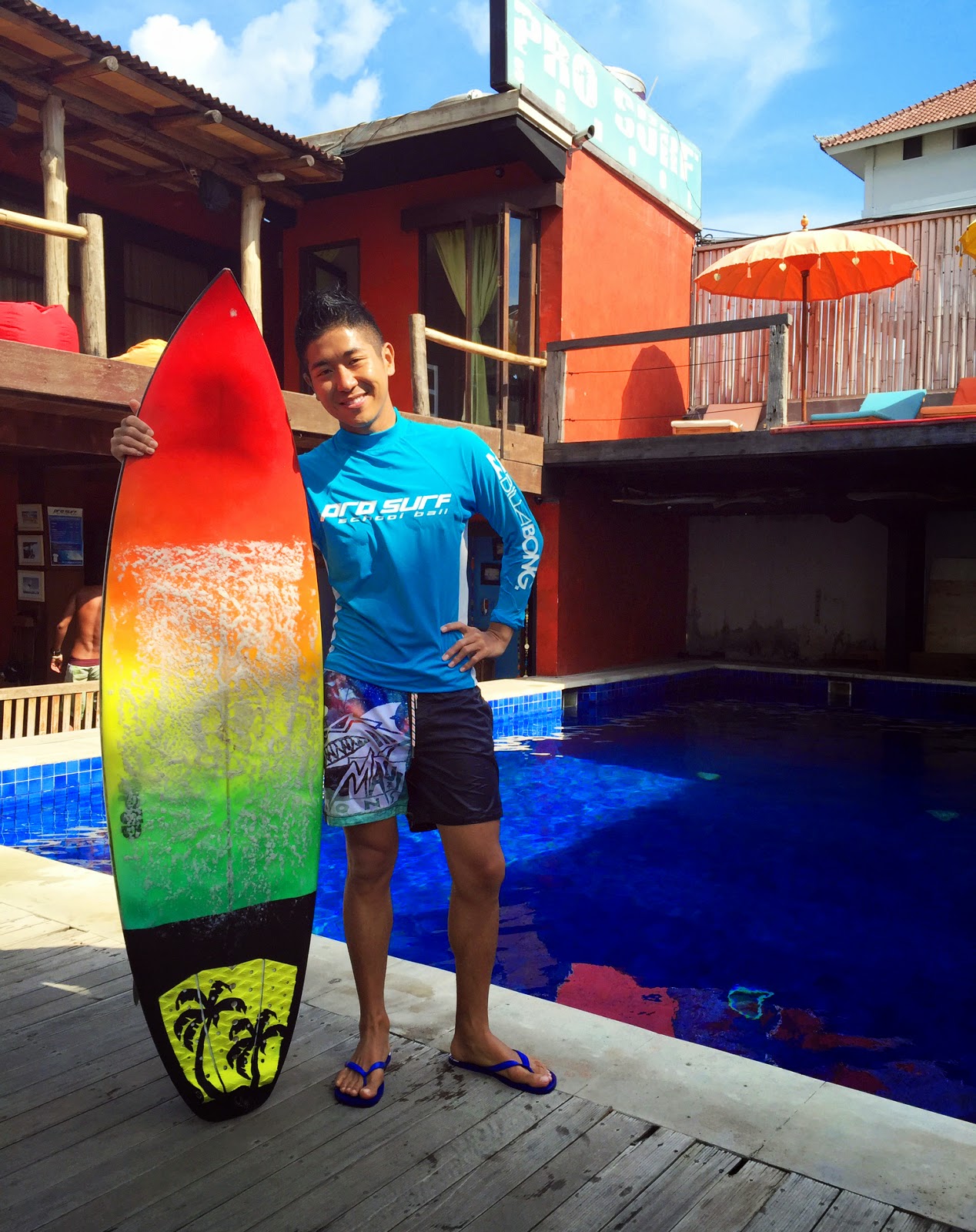 It has been a couple of weeks since my last entry. As some of you might have figured, Alvin's Penthouse Kitchen took some time off, but has hardly stopped cooking or gorging while on vacation!

On an unrelenting quest for adventure, my holiday this month took me back to the enchanting Bali, nearly six months since my last visit. Aspiring to pick up a new sport and a rather extreme challenge, I signed up for a week-long surfing course by the crashing shores of laid-back Kuta, West Bali.

In just days, I experienced the high of standing up on a surf board, the adrenaline rush of successfully catching and riding a rapidly breaking wave. I have, on the other hand, also endured the power of nature as waves double my height slammed like speeding trains, occasionally sweeping me into a helpless heap of laundry tumbling under ferocious currents. The biggest lessons I learned? Get up no matter how many times you fall. And don't mess with Mother Nature.

Aside from beach bumming like a surfer, I dove into the world of Balinese cooking. On multiple occasions I have heard this comment from fellow travellers regarding the lack of "good food" on this Island of Gods. And boy, are they sorely mistaken. Apart from the host of international cuisines catering to tourists, Bali boasts a complex, distinctly Balinese food culture, blending indigenous traditions and foreign influences with Indonesian regional cuisines.


Unlike many parts of Indonesia, Bali's inhabitants are predominantly Hindu, with every aspect of Balinese life steeped in religious belief. Pork, though rarely found in majority Muslim Indonesia, is widely consumed in Bali, making this world-famous island even more magical for hog-lovers like me.


Until attending my cooking class, I had only a vague concept of Balinese food from exploring restorans, warungs, and masakan padangs. Specialties such as bebek betutu, ikan pepes, and sate lilit feature prominently in many restaurants alongside Indonesian favorites like nasi goreng and sop buntut. Rice is consumed almost every meal, with an incredibly complex blend of spices permeating every element of a Balinese dish and its mesmerizing array of spicy sambals.


So what exactly makes Balinese cuisine so remarkable? I decided to find my answers by learning it hands-on. From candlenut to the torch ginger, we learn the basics of Balinese flavors and the base wangen - or fragrant spice paste - used in all ceremonial foods and most everyday dishes. We grind our own ingredients and cook off at the wok station, getting our hands "dirty" massaging meat and tossing salads, finally culminating to a feast of nine dishes all created from scratch.


Not only did I walk out will a full belly, but also returned home with a deeper understanding, craving and respect for Balinese food. I look forward to experimenting at home at Alvin's Penthouse Kitchen and sharing with you all!


[Any thoughts or comments? I want to hear from you! Also check out my Facebook Fan Page]
at 2:45 PM No comments: